OMG u are freakin awesome for uploading this beautiful piece of music!! I have been searching for this tune on youtube and everywhere. Thank god for Youtube! I have listened to this song recently on Dallas's community radio station KNON 89.3 when they play tejano during "tejano saturdays". It’s too bad they dont have Tejano stations in Dallas/Ft.Worth anymore :-( But its still preserved thru that station once a week and maybe for an hour each day. Once again many thanks to you for uploading this. 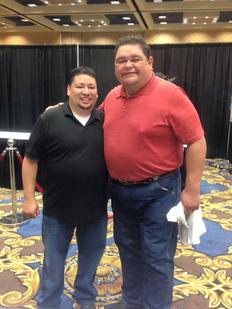 I snaked my way through the crowd that was quickly gathering and went to the outside part of the Cadillac bar. I saw many familiar faces and was greeted by many hugs. I heard music at the outside stage and I saw some wonderful people on stage that I met in Las Vegas. It was a group named CROSSROADS from New Mexico. They had a very good sound but there was something different about it. I really liked it. I guess I would call it Tejano with a New Mexico flavor. The brass section was really good. Joy Baca did very well on vocals. She was very sure of herself and very comfortable before an audience. Matt was really great on lead guitar. I liked the way he used his petals to give a few ‘rock’ licks with the guitar. The keyboard player alternated between the keyboards and the accordion. This group had a lot of talented people. Some were young and some were seasoned veterans. Great tejano group with a very unique New Mexico sound. Their CD features some very impressive guest artist like Rick Fuentes (Ruben Ramos accordion player), Chente Barrera and a few other artists. When they finished their set Matt honored me by giving me his guitar pick. I thought that was really cool. 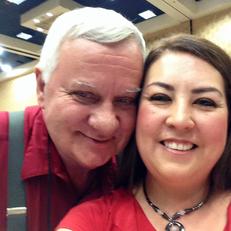 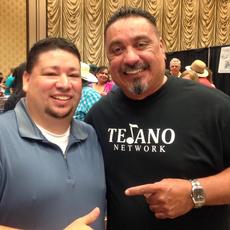 This is a new Tejano group out of New Mexico. They have a brass section and a female vocalist who is very good. They have the makings of having a long career in La Onda. This album is a great find and a must-have for the true Tejano Music fan. Good Luck Crossroads!

What our fans have to say...

Another new group Crossroads from New Mexico with a Tejano CD out had something to prove. The stage was home to them and the audience became family. The group had a menu of Tejano to Old School and there wasn't a flaw anywhere in their showmanship and the talent this group has will be a testament of longevity in the business.

I just wanted to put in my two cents with regard to your new song, "Mi Soledad". I recently had the pleasure of listening to it on Bnet Radio. I was so pleased with it that I purchased it on online. It is a very good song and it is even better to dance too. Your music reminds me of a very good local group we have here in San Antonio the Latin Breed. I look forward to your next release.